This summer I joined up with Clear Lake High School to shoot a few student ads for the upcoming football season’s game day program.  Back in the high heat of June, I photographed this future 2013 senior and his little pal Frankie, an 8-year-old Dachshund, at a local football field.   Conditions at time of shoot were less than ideal…   incredibly hot, high humidity and raining most of day.   It was a last-minute shoot because the family was literally leaving the next morning for a month-long vacation across several states.   Mom, son and pup came out late in afternoon and luckily the rain slowed to a very fine drizzle.   We shot half the shoot under the concession stand roof and then a few on the football field.   Little Frankie, the pup, was a dream model…  John, the senior football player, not so bad himself 😉

Sadly these were the last photos of little Frankie, as he passed away in July from complications of canine diabetes.  It is sessions like these that mean the most to me.  Little Frankie (and John) can be seen in the 2012-2013 Clear Lake High School football game day program, available now at Clear Lake football games. 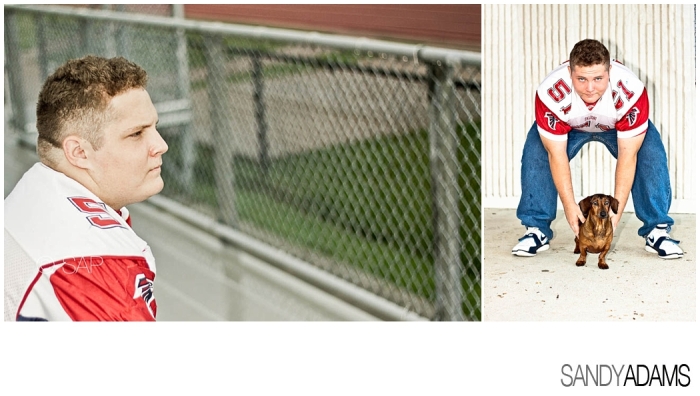