It was an amazing and gorgeous hill country Saturday!  The birds were chirping, and the weather was warm with a slight breeze.  The day was perfect for a May wedding at Star Hill Ranch just outside of Austin, Texas in the picturesque hill country.

The girl grew up on various marine bases across the country.  The boy grew up just south of Houston.   Then one day, the boy and girl met and fell in love.  The wedding day was planned with a lot of focus on family and friends.   Special touches that represented the bride’s ancestral lineage from Ireland and her years growing up in Hawaii made the ceremony especially memorable.

See this wedding featured on the Knot website here.

The ceremony was set up outside against the gorgeous backdrop of hill country foliage. It was a spectacular day!

The bride presented her bridesmaids with beautiful robes and feather fans.  Here they are posing in front of the old saloon on the property.

There were many special touches brought in by the bride and groom – together they found old vintage furniture and re-finished them just for the wedding reception area. 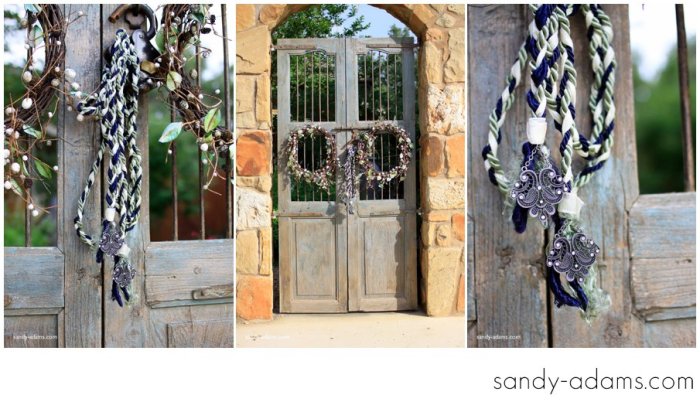 Since the bride’s maternal side is from Ireland, an old fashion handfasting was part of the ceremony. 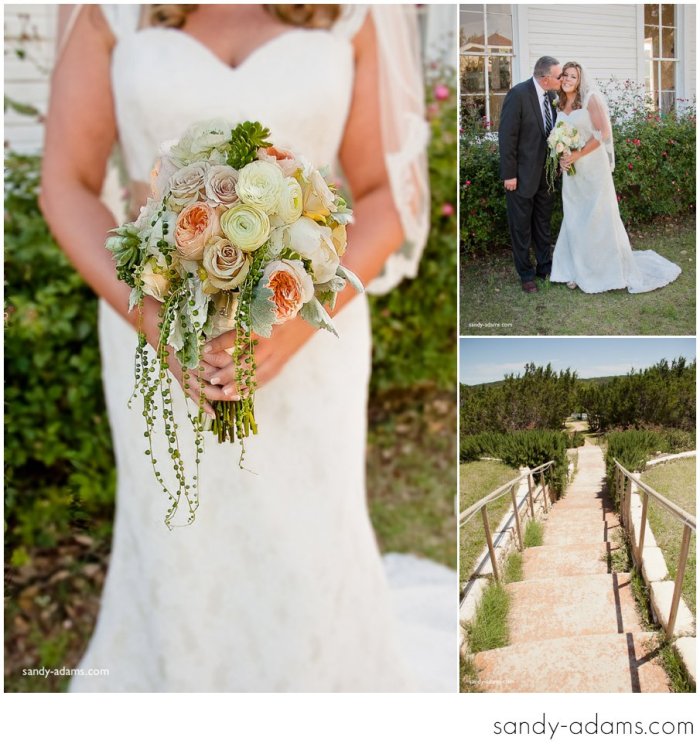 Succulents were part of all the bouquets, boutonnieres and other flower arrangements bringing in that hill country feeling. 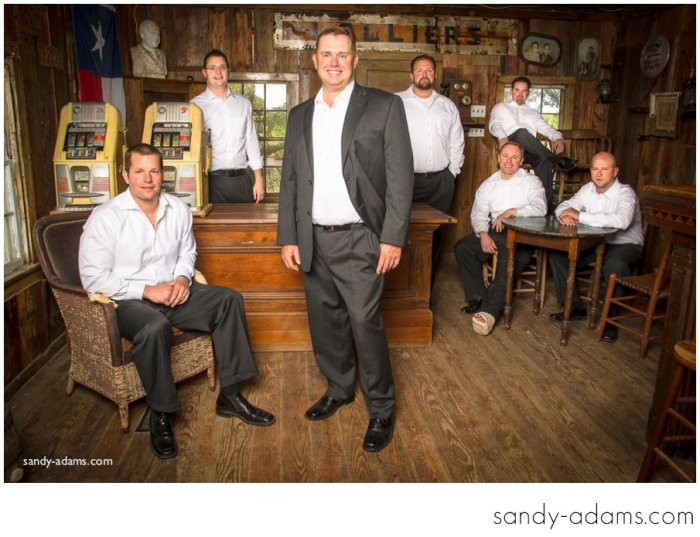 The reception was actually held out in the middle of the street with dusk setting in as the wedding toasts commenced. 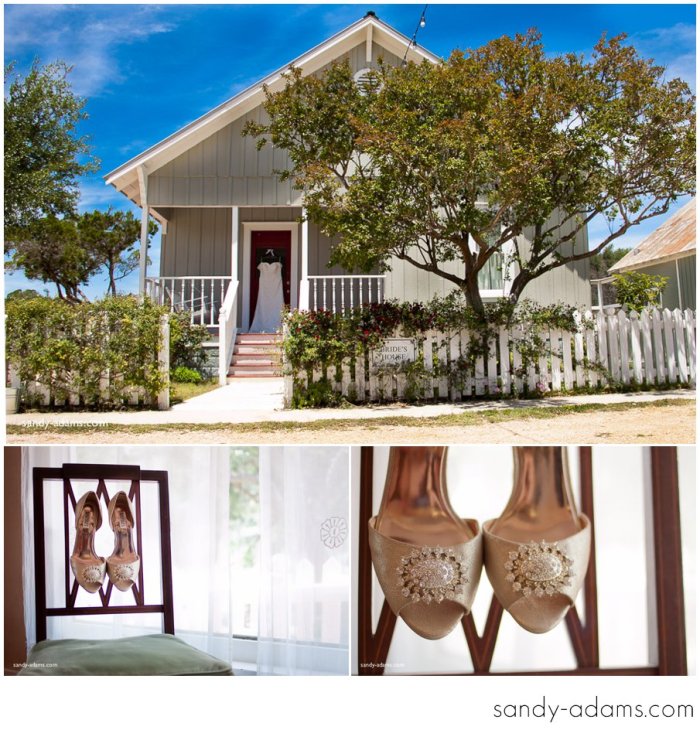 Here the bride and groom posed with their official (and fresh) leis flown in from Hawaii with the maid of honor.  The leis were presented by the maid of honor during the ceremony to represent the bride’s years living in Hawaii. 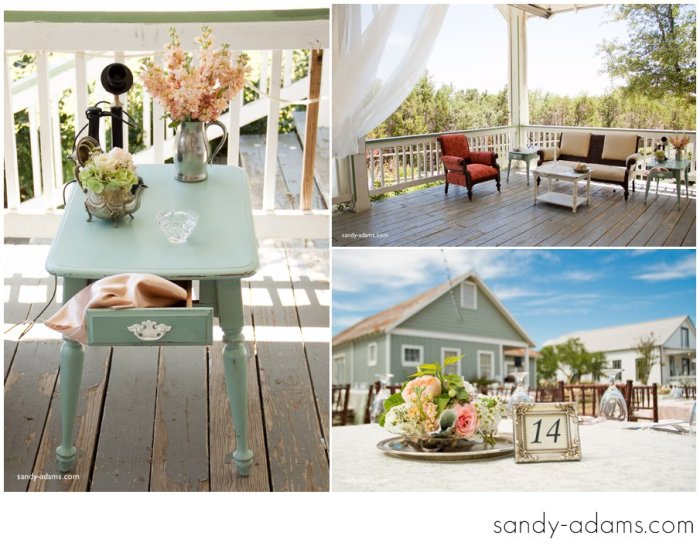 The bride found vintage frames that displayed the table numbers. 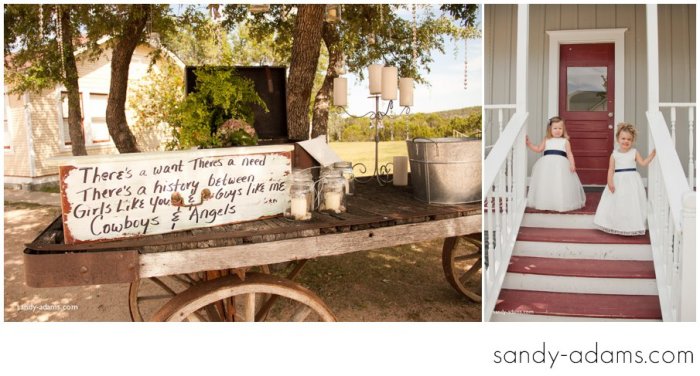 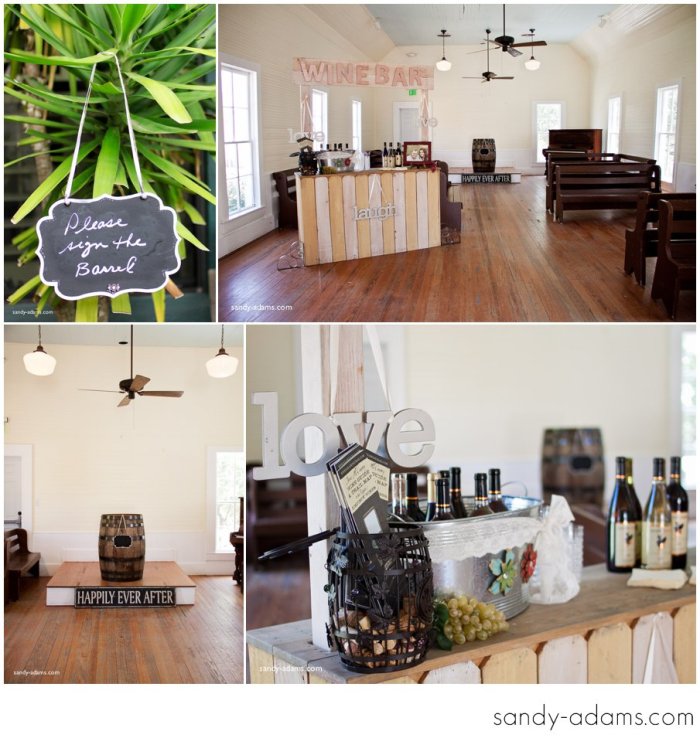 In addition to the tradional guest register, a wine barrel was brought in where guests could write their best wishes for the couple.  The groom later put a glass top on the barrel and they now use it as a table in their home.

The best man broke his ankle literally the week before and had to have surgery, but still made it all the way from Washington DC.  His motorized crutch was the envy of all the groomsmen!

A photo booth was a nice touch to add a little fun and give the happy couple another memory of all the guests. 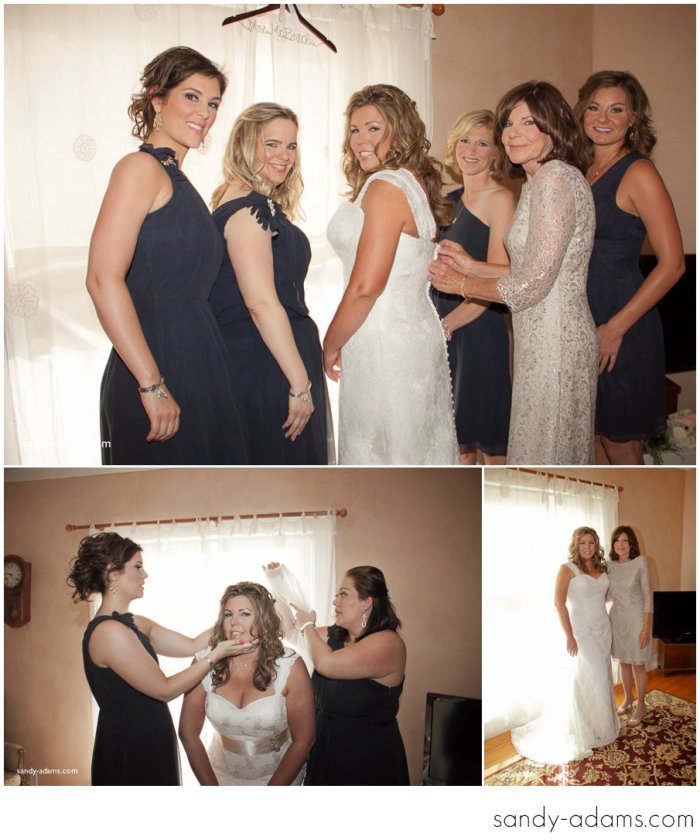 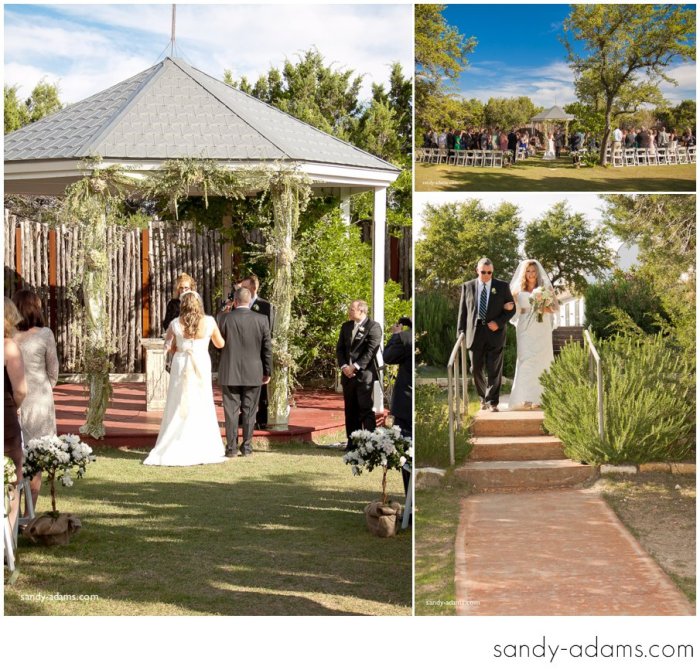 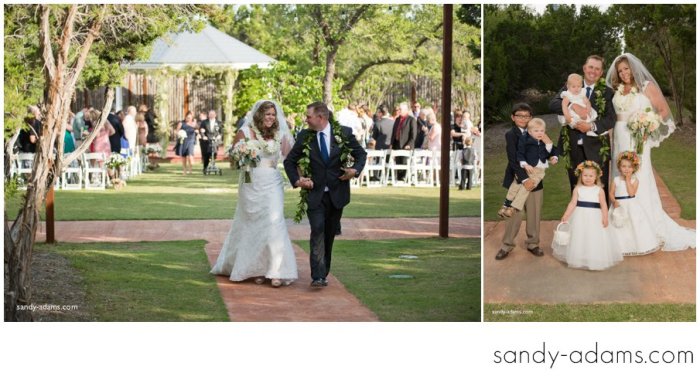