A little behind in my weekend recaps but wanted to share regardless.    Not a huge baseball fan, in fact not a baseball fan at all, but felt a little torn between Texas Rangers and St. Louis Cardinals.   See growing up in Tennessee, most folks always rooted for St Louis but I felt a certain amount of loyalty to root for Texas.   What a game 6!   Game 7 was a bit more depressing and below is a photo of Lil Lucy watching the game with a tad bit of sadness draped in Rangers t-shirt.  Good side of it was native Houston boy Lance Berkman (traded from Astros last year) finally won his World Series ring 🙂

Each year Clear Lake Texas hosts a hot air balloon festival.   Last year it was on the grounds of NASA but from my vantage point on the street the balloons were just not that spectacular.   This year I totally forgot about it until I was on my way to a photo shoot and suddenly saw all these balloons on side of road filling up and so many more already in the skies.  Sometimes the least planned trips yield the most spectacular views.

Ever since I heard “Chicken Fried” by Zac Brown Band just instantly fell in love with the music and the songs themselves.    I was never allowed to attend any musical concerts until I moved away to college in Memphis.    Now I take full advantage of any opportunity to hear the musicians that I love.   The Zac Brown Band hit up Houston last weekend and it was an incredible concert.   They sound even better live and do the BEST cover of “Devil Went Down to Georgia”. 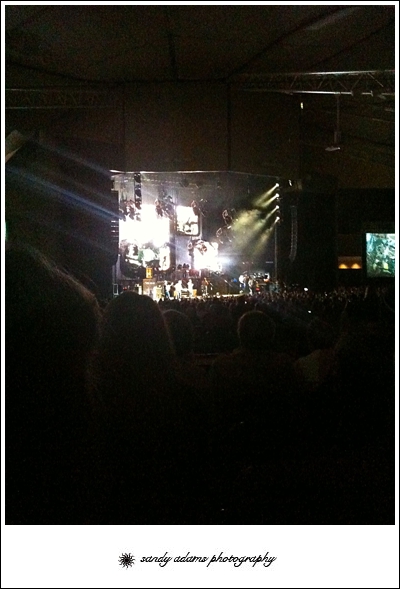 Two of my best girlfriends spent this past weekend in Houston visiting me and one of our stops was Galveston Island and the Lone Star Bike Rally.   Got to love an entire street of expensive Harleys!